Nigerian music producer and singer Tekno has replied to an Internet troll who attacked him for wearing heavy clothing in Milan Italy.

Tekno was quick to defend his choices of what he wears when an Internet Fashion Police identified as originaltspecial criticized him.

The follower who happened to be in the same city as him commented after he shared a photo of himself dressed in a thick jacket.

Tekno, in turn, replied to him:

“It’s hot for you… don’t use your body to judge mine pls… leave me and my cold abeg.” 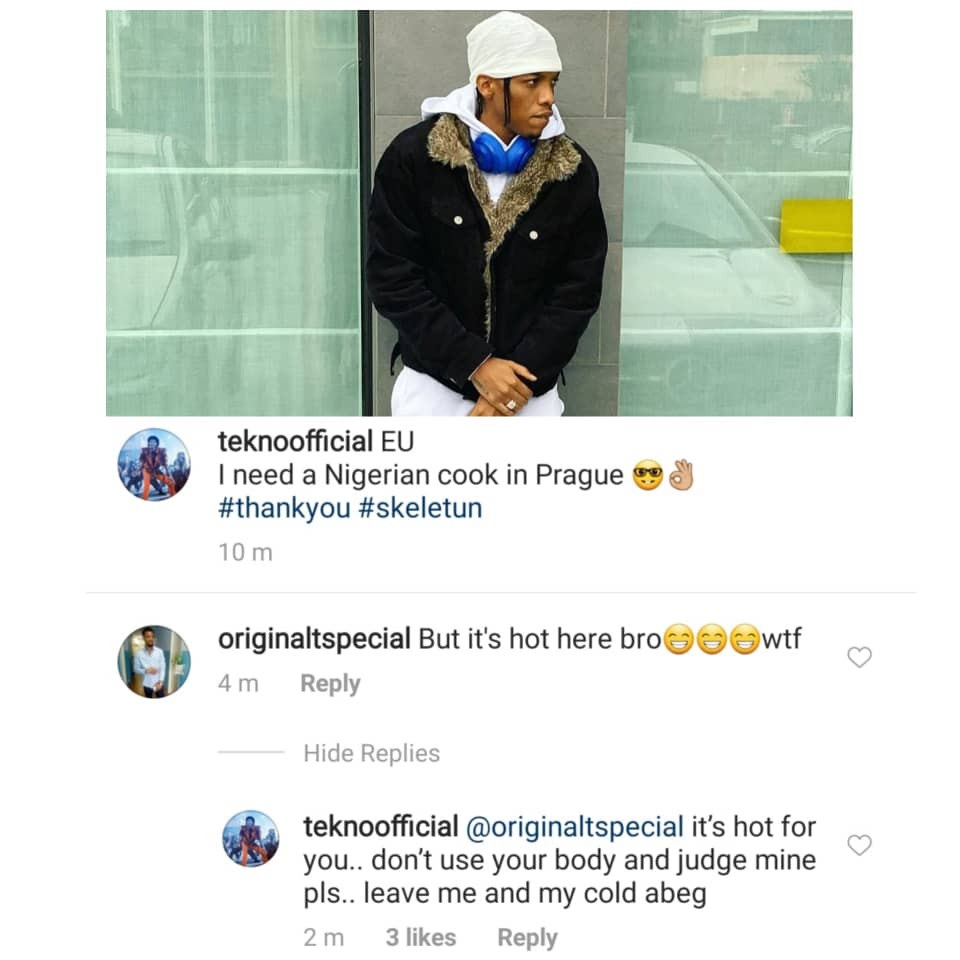 It was drama Tuesday at the Ikeja Government Reservation Area (GRA) Headquarters of the Lagos...

Do you know that after the Birth & Ascension of Christ, the world started experiencing...