American singer, Solána Imani Rowe, who goes by the stage name SZA has given herself a Nigerian name and it has taken her Nigerian fans by surprise.

The 28-year-old singer who was born to African American parents, a Christian mother and a Muslim father in St. Louis, Missouri in 1990, changed her name on Instagram to Amarachi Chinonso.

See the screenshot below. 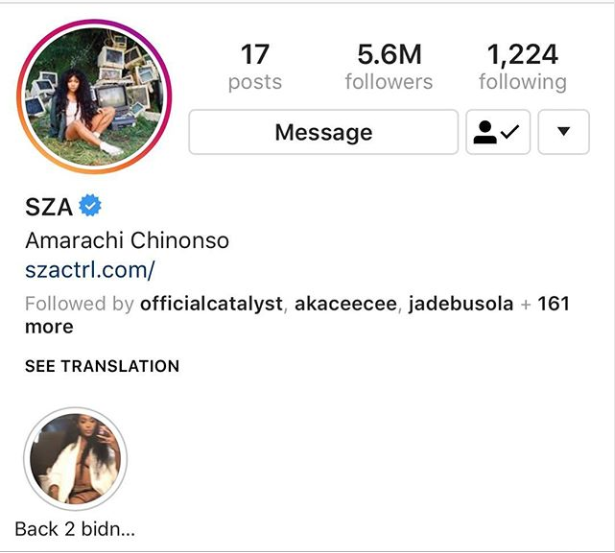 Nigerians have since asked the question if she’s indeed of Nigerian Descent or she just wanted to identify with the Igbo Culture.

In October 2012, SZA self-released her debut EP, See.SZA.Run, which she then followed up with her second EP, titled S, in April 2013.

Ghanaian popular person, Princess Shyngle has shocked many again after she shared a picture of...

The Future Awards Africa (TFAA) has announced the nominees for the 13th edition of Africa’s...

Super Eagles head coach Gernot Rohr has suggested the team’s loss to Madagascar  could be a blessing...