PHOTOS: The Land of The 'Great' King Jaja Where Making Noise at Night is Forbidden
Breaking News
303 Views

The sight of eye-catching multi-storey buildings greet you as you make your way into Opobo town. Whether you decide to come in through the community’s vast but dilapidated jetty or through its newest entry point at the other end, courtesy of an ongoing road project linking the ancient kingdom to the outside world through Nkoror, its nearest neighbours by land, the sight is the same – beautiful structures squeezed into every available space welcomes you into the town.

Until recently when vehicles and motorcycles could go into Opobo from Port Harcourt, Rivers State, or other parts of the country through Bori in Ogoniland and navigating through Nkoror before getting to the community, residents and visitors had to rely on speed boats operating at either Kono waterside in Bori or the jetty at Ikot Abasi, Akwa Ibom State, to get to the town. Apart from the financial burden of such trips on the pockets of the people, the risk they had to contend with while on the sea, made moving in and out of Opobo a difficult task. But the arrival of the road even though it has yet to be completed, has made life a lot easier for people going to the place. It has brought some sort of relief to them.

One of the earliest Nigerian communities to come in contact with Europeans, there are indeed many things that make Opobo a peculiar place. Besides being the homeland of legendary merchant trader – King Jaja – originally known as Jubo Jubogha; the area used to be a vibrant commercial centre in the coastal part of Rivers State and indeed the Niger Delta region, according to history. But beyond that, Opobo is also home to taboos of all kinds – some of them unique to the people of this island community. 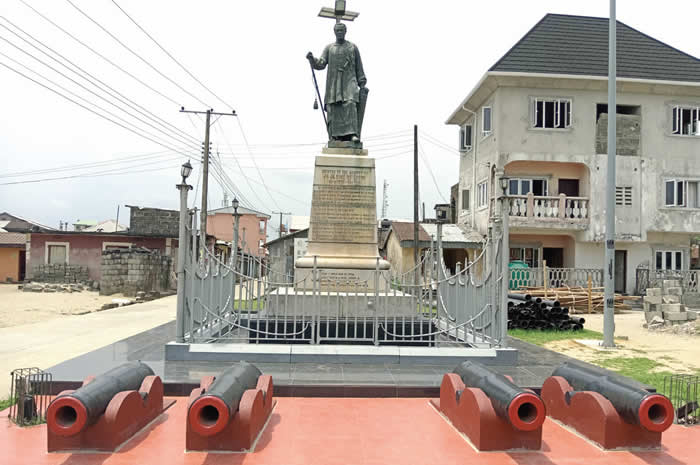 Quarrelling and fighting in the night is taboo here as well. Regardless of how provoked you are, you must wait till the break of dawn to vent your anger on whoever has provoked you.

Breaking any of these rules attracts a fine of N7,000 each. Failure to pay the fine could incur stiffer punishments.

Shedding more light on some of these practices in this historic community, head of its traditional and security institution known as Owu Ogbo, Warisenibo Manila, told The PUNCH that many of the taboos had helped ensure sanity across the kingdom over generations.

“We do not joke with our culture and tradition in Opobo,” he began. “For instance, those who bring dogs here are made to pay through their noses. When former Governor Amaechi came in with dogs, those who brought him in were made to pay up to N1.5m for us to appease the land.

“Without cleansing the land, people would experience what they had never seen before. In Opobo, we don’t fight in the night. Once you do that, you’ll be made to pay a fine. 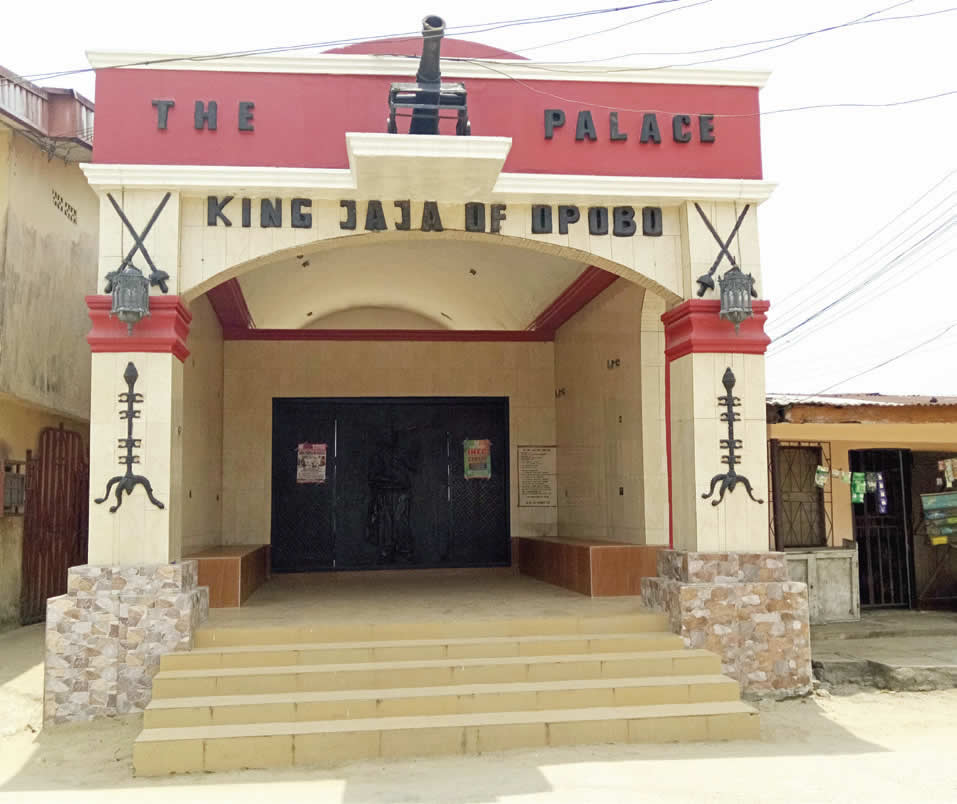 “We don’t make a noise in the night. This is so because it was in the night that our enemies attacked us when we were at Bonny.

“So, to avoid a repeat of the same thing, we do not make a noise at night so that we can hear when our enemies are coming because they mostly attack at night.

“Also, you cannot pound any food or break firewood in the night. Starting from 7pm, you can’t even quarrel. The fine for fighting at night is N7,000 and each person involved will pay the amount.

“This practice has been promoting peace and unity in this community from generation to generation. It is as a result of this that Opobo is one of the most peaceful places in Nigeria today,” he said.

It was however learnt that residents could suspend whatever disagreements they have with one another and resume quarrelling in the morning.

Like most communities in the Niger Delta region where there are different practices governing the transition to womanhood and becoming a ‘certified’ wife; in Opobo, there is an important criteriom a potential bride must fulfil for her to be recognised by other women in the town. Locked in a fattening room for at least one week, depending on the financial strength of the groom and his family, such ladies are equipped with relevant skills on how to keep a happy home by older and more experienced women. Upon coming out from the place, an elaborate ceremony is held to celebrate and usher such bride into womanhood. It is only after fulfilling this condition that such a woman is allowed to tie a wrapper called ‘George’ around her waist. This, according to findings by our correspondent, is like a mark of certification by the entire community.

“Without undergoing this process, a woman cannot tie a George wrapper in Opobo and she would be denied many things,” Richard Cookey, a school teacher, told The PUNCH. “If a woman has not fulfilled this aspect of our tradition, there are some places she cannot enter and she cannot freely mix with other women. In fact, she can be disgraced by other women in the community at any time.” 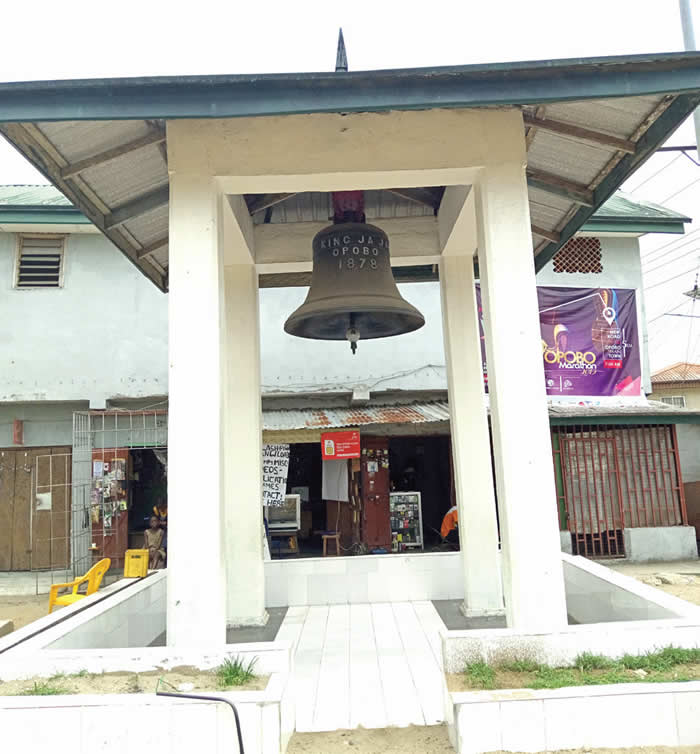 “Opobo has a rich culture and history. The town has 14 sections and 67 war canoe houses. Each of these war canoes is fitted with ammunition and can travel to distant places to conquer enemies. Each compound owned one of these boats and they used it to defend the community in times of war.

“But after the civil war, the white people took 66 of the war canoe houses away and paid compensation to each of the houses. There is only one left, it is in Minimah.

“Despite having important monuments that can attract tourists, we are not reaping any benefit from tourism.

“We used to have a boat regatta but it stopped in 2008 due to lack of fund. It attracted lots of participants from other parts of the world.

“If things were done the proper way, Opobo could be making a lot of money from tourism,” he added.

While its potential and the reality on the ground tell two different stories, the arrival of a link road connecting Opobo to other parts of Rivers State appears to have brought a new kind of relief to the people of this island. Already, hotels and other small businesses are springing up, with traders and travellers describing the impact as positive.

“The road has opened up the place for business,” a shop owner at the town’s market, who identified herself only as Mrs Ogechi said.

“The cost of transporting goods has reduced significantly. It has impacted our businesses positively. We hope that as a result of this, industries would come into this community so that the economy can improve.”

Indeed, like Ogechi, a significant boost in economic activities is the prayer and wish on the lips of most residents of this island settlement. They would hope that like its many taboos and fascinating cultural attributes, the fortunes of the town can match the name it has earned in the annals of history. But how soon the area fulfils its potential remains to be seen.

Bola Tinubu, a National Leader of the All Progressives Congress, APC, has reacted to insinuations...

Why Amaechi Should Resign As Minister – PDP

The Peoples Democratic Party on Friday asked President Muhammadu Buhari to demonstrate his much-talked about...

Police In Edo To Prosecute Sellers, Buyers Of Fireworks

The Nigeria Police Force, Edo State Command, on Tuesday, reiterated the ban on sales and...