The Instagram model had initially put up a post on IG about a piece of news she wanted to break but needed courage to.

There is something I need to say,I just need more courage.

It has come to my attention that some news has been going on about my involvement with Kiss Daniel and Davido and same is false.

And I will respond to the source of the misinformation in due course. 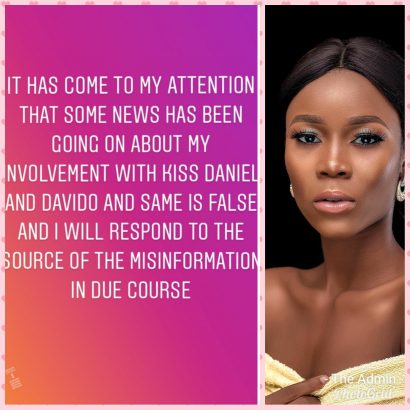 Movement has been restricted by Lagos State Government on 18 major roads across Lagos State...

A Nigerian aircraft collapsed backwards after allegedly carrying too much cash. The Chairman of Ovation...

Oil Vessel Gutted By Fire At Sea One Dies 21 Rescued

At least one person has died after an oil vessel caught fire off Hong Kong...